Growing Pains For The Apple Watch 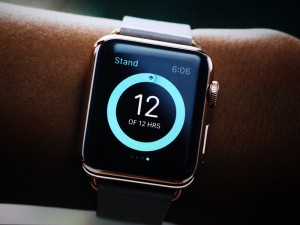 The Apple Watch has taken many users by surprise, and there are many others waiting to see if the watch is easy to use. Not even 24 hours after launch, there are many people reporting problems with the Apple watch. Users who are looking at these watches as a replacement for their phones need to have a hard look at how the watches work. The growing pains may be fixed in the future, but they are problematic at present. If you’re considering the purchase of an Apple Watch, you may want to hold off until they’ve had time to address these issues.

There has been an expose done on CNET.com about the interface with the Amazon shopping app. A writer for the online magazine was able to accidentally order an XBox when he was waving his finger near the screen to emphasize how he has used the voice command feature. This may be an isolated incident that happened quite unfortunately to someone who had a platform to write about the watch, but anyone who has the watch could end up in similar situations with apps and products in several different apps.

The voice commands for the Apple Watch make many older users feel like they are in the hit 80s drama Knight Rider. Talking to your phone may feel like a strange experience, but talking to your phone is safer than pressing the buttons on the screen. You must decide how you want to use the phone, and you need to weigh your options. The iPhone is still easier to use at present.

The Phone Versus Watch Debate

Many users want to make a change to the Watch and leave their iPhone behind. Other users wish to keep the watch and iPhone on their person at all times. The Apple Watch will most surely be updated in the future, but the original version seems to be more problematic than users may have realized. Users that are going to stick with the Apple Watch will see changes made to the interface if the operating system is updated, but users may have to wait far too long for the necessary changes to come out.

The growing pains experienced by the Apple Watch will not destroy this new piece of technology, but they are certainly troubling for those who want to have a mobile device on their wrist. The Apple Watch has more potential than most mobile devices, but it has not yet reached its full potential as of now.